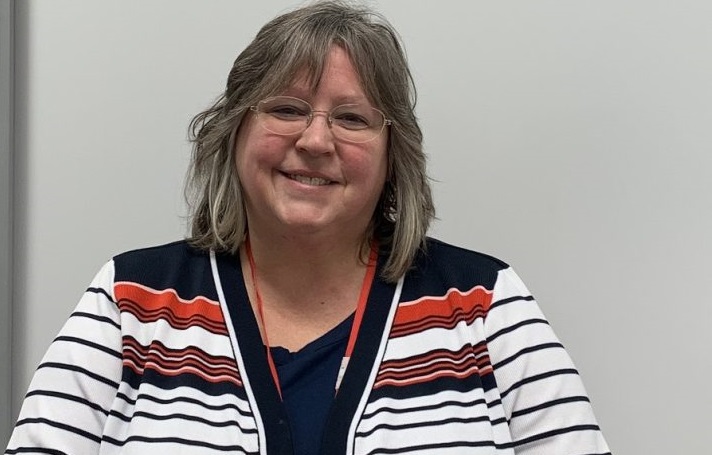 Every year Mrs. Hoover’s classes have created holiday cards to send to servicemen overseas so that they can feel at home over the holiday season. Mrs. Hoover stated that these cards have been made for “at least seven year, it could be a couple years more.” When asked why she chooses to take her class time to write these letters she talks about how both her son and daughter have experienced being away during the holidays.

Due to specific requirements for receiving mail in the military, all letters would go to where her son/daughter were stationed, then they passed them out to others in their area who haven’t received cards, said Mrs. Hoover.

She would also like the readers to know: “If you know of someone who is in the military, send them a card or letter; it means a lot to them.  Please don’t be disappointed if it takes them a while to write or they just text you a short note.  My son has been ‘off the grid’ for weeks at a time—especially when he is being deployed.  Sometimes he was back on base long enough to get clean clothing and give us a very short call before being sent out again on maneuvers. The specific date of deployment is not always known or publicized and sometimes he doesn’t have an APO Box address right away for his mail.  Other times, he has a stop mail order on his mailbox while he is deployed or in specific training.  However, there is nothing like a physical note, card, or letter that can be read over and over again AND then posted on their bunk/bed while deployed.  Not much can be taken on maneuvers or on deployments, so any card/note/letter is very much appreciated . . . even if it is just a thinking of you card or a note about seeing a couple of bull elk, a double rainbow, or anything that brings pictures of ‘home’ to them.”