Jumanji: The Next Level brings laughter to theaters 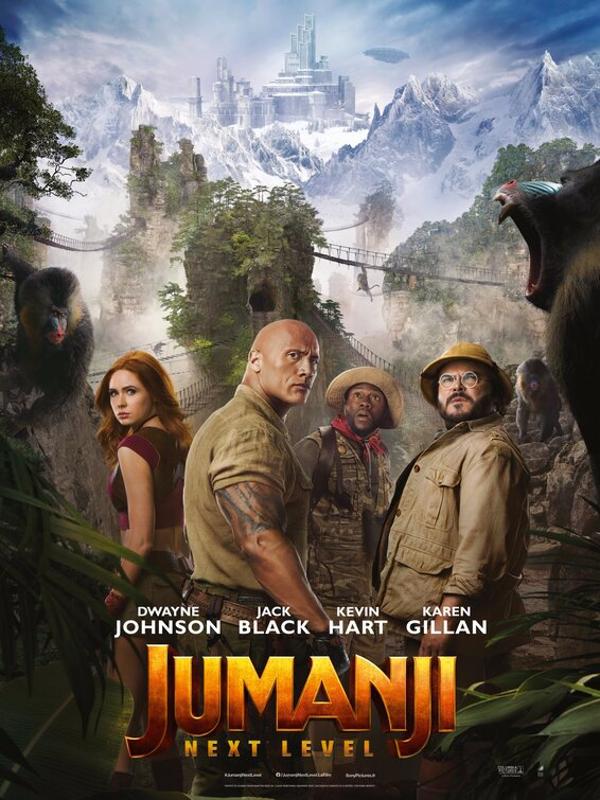 Written by Jake Kasdon, Jeff Pinkner, and Scott Rosenberg and directed by Jake Kasdon, “Jumanji: The Next Level” is a rated PG-13 action adventure comedy film starring Dwayne Johnson, Kevin Hart, Jack Black, Karen Gillan, Nick Jonas, and Awkwafina. It was released on Dec. 13 as a sequel to the 2017 film “Jumanji: Welcome to the Jungle” and based on the book “Jumanji” by Chris Van Allsburg.

The movie “Jumanji: The Next Level” follows the same group of friends with the addition of two others, who join them throughout their journey in the game Jumanji, after being trapped inside it once again. However, the game appears changed from the last time, with new characters and conflicts in their way. The friends work together to defeat the new problems they face while trying to find one of their own and save the land for a second time without losing their own lives along the way.

The dialogue presented throughout the movie is very humorous and gives the audience a feel for all the emotions that are shown throughout the plot of the movie. While the characters experience different issues, all their friendships are tested. This movie does a great job of showing how being put under stressful situations can affect your relationships with other people while still making you laugh, all through the dialogue.

I would highly recommend this for anyone that has watched and enjoyed the first movie already. This sequel is just as good as the first and will for sure leave you laughing in the end.