Another Jaws remake: The Meg 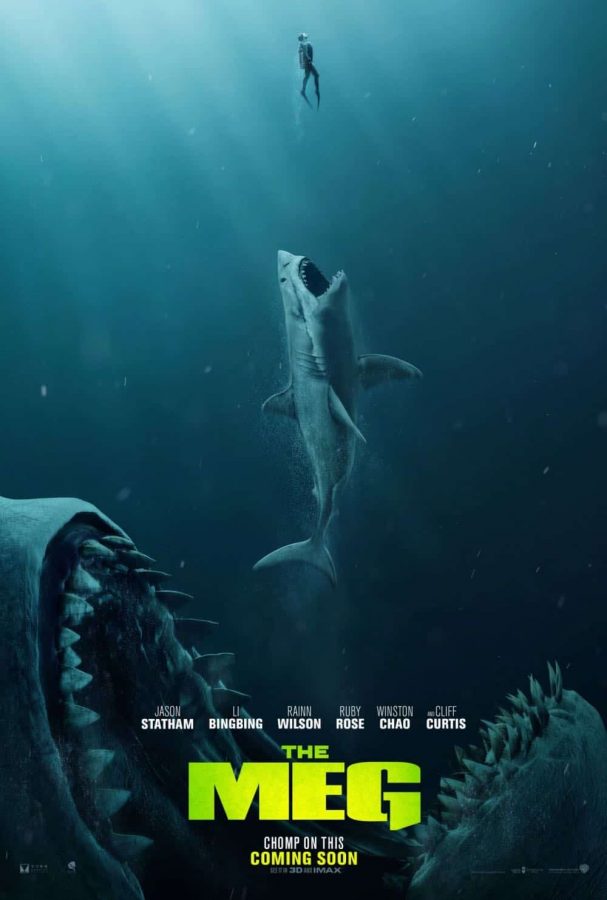 The movie The Meg follows a crew who attempts to take down the Megalodon, a giant extinct shark who lived 23 to 2.6 years ago, until now. If you enjoy movies that keep you at the edge of your seat and are filled with action, then this movie would be good for you.

The movie is about Jonas Taylor, played by Jason Statham, who is asked to go below astonishing depths for a rescue mission of Zhang’s crew, including his ex-wife, who is stuck at the bottom of the ocean.

The movie begins by going in the past to show Taylor leaving some of his crew to save everyone else from a very large sea creature. When he gets back, instead of being praised for his braveness he is called a liar for leaving his crew. This cost him his wife and his job. Taylor claimed that there was something down there that attacked them, but no one believed him.

Now that Zhang’s crew is attacked once again they count on Taylor to save them from the Megalodon, considering he was the only person in the world to save himself and his crew. Jonas Taylor must face his fears and risk his own life to save his ex-wife and everyone else who is stuck at the bottom. That’s only the beginning of the movie, as Taylor brings up the crew he also brings the Megalodon with him.

I highly recommend this movie because it was a surprisingly very good movie considering it is a remake of the movie Jaws. I watched the movie in 3D as well, which made it even better for the viewers.

Personally, I thought this movie was different than other corny shark movies, which is good. For example, they usually consist of main characters with bad actors and the shark ends up looking fake. In this movie, the shark looked very real and all the main characters were played by good actors.