CHS Drama Club is a great experience for all students 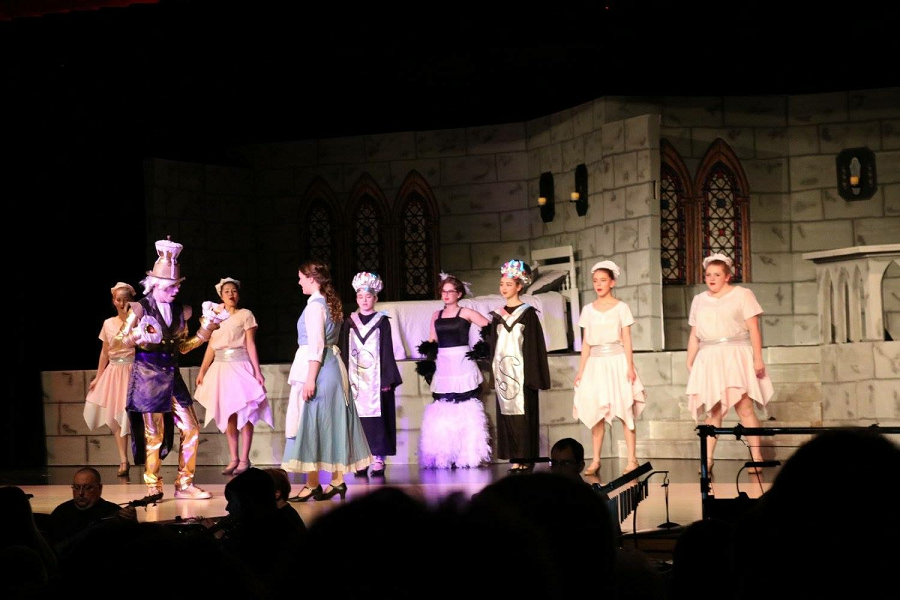 Beauty and the Beast 2017 -Photo by Jessica McDanel

Each year, the Clearfield Drama Club puts on two shows; a fall play and a spring musical. Over the past couple of years, the CHS Drama Club has put on many amazing shows, such as Beauty and the Beast and The Addams Family. Each one has shown the outstanding talent of normal students in the halls here at Clearfield. The theatre department has grown over the years and each year more students participate in the shows, but that doesn’t mean more people can’t join.

When many students think of theatre, they think of the fear of standing on the stage in front of hundreds of people. Yes, most people have this fear and it isn’t uncommon. Although, that fear can change just by going for it, and you can learn to have confidence in yourself. For example, I personally used to be terrified of speaking in front of people, and could barely make it past the audition process, let alone a show itself. But, throughout the years of pushing myself, I’ve learned to get over that fear and have confidence, which is what got me the lead in this year’s fall play. Sure, I still get nervous and so does everyone else, but a little bit of improvement through hard work can pay off.

Being in any kind of performing arts program is a great thing for anybody. It gives students an opportunity to be creative and express themselves while entertaining others, as well as building new relationships. Throughout the past couple of years I’ve been doing theatre, the CHS Drama Club has turned into a family. Everyone knows everyone and can have fun while putting on a show, and of course, we are always open for new students to join the drama club family. I myself have met some of my closest friends through theatre, and my life would be totally different if I hadn’t joined theatre and met them.

Aside from the amazing learning opportunities that being in theatre offers, doing the shows and musicals could cause you to simply find something new to love. As I’ve experienced, people have joined theatre just to do it, and by the end of their first show, they’ve fallen in love with acting and the show process. Even in my experience, I knew I wanted to do theatre for a long time but wasn’t sure if I would really like it, but I was wrong and my plans for my future even changed so I could keep acting and doing what I love.

I strongly encourage anyone in 9th through 12th grade to participate in this year’s spring musical, Disney’s Tarzan. Auditions will be held soon, so take this great opportunity to step out of your comfort zone and get involved in something new, as you never know how it could change your life.