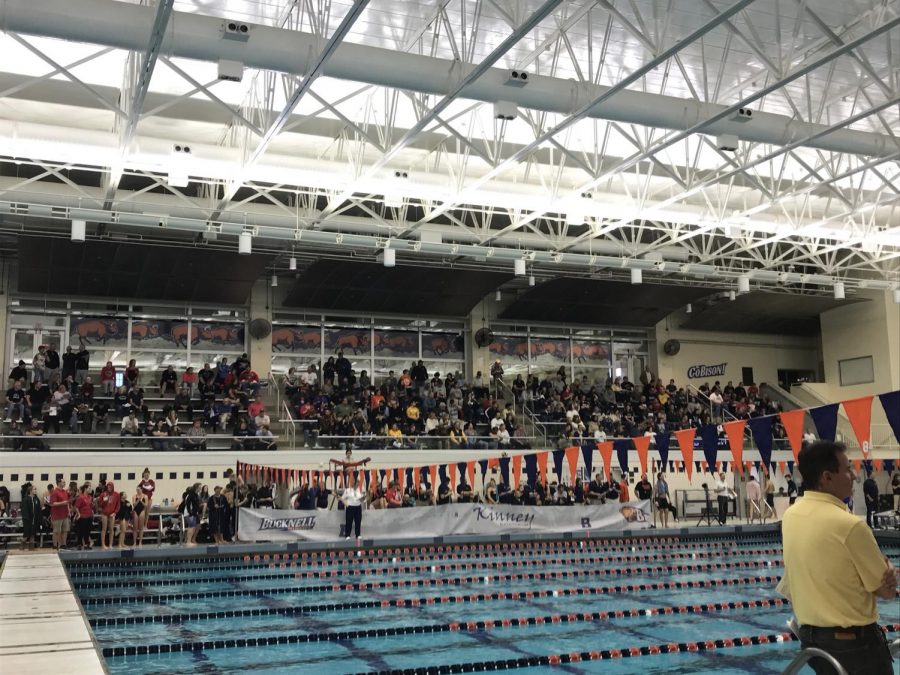 Family members, friends, and fans watch the meet from the stands.

On Saturday, December 15, the Clearfield Bison swim team attended the Kinney Natatorium High School Open Invitational at Bucknell University in Lewisburg, Pennsylvania. This meet gives the Bison a chance to face off with large schools and see where they stand among some of the state’s best competition.

Coach Morrison, longtime coach of the Bison swim team, thinks the meet is a great opportunity: “We like attending the Kinney Invite at Bucknell for a couple of reasons.  One is the level of competition is outstanding.  We swim some of the fastest kids in the state, regardless of AAA or AA classification.  The second reason is that Bucknell is where the state meet is held and we get an opportunity to practice racing at the state venue.”

Isaac Swanson, a Clearfield senior, has attended the Bucknell meet since he was a freshman. Swanson recognizes the importance of the meet, stating: “The Bucknell meet allows us to view where our team is at compared to other schools in the state. It reveals what we need to improve on as a team.”

On the girl’s side, Clearfield finished sixteenth out of the 25 teams in the field. The girl’s 200-yard freestyle relay, composed of Abby LaBorde, Karli Bietz, Raegan Mikesell, and Makeeli Redden, finished fifth.

Clearfield’s season continues on January 14 when they take on the DuBois Beavers at home.