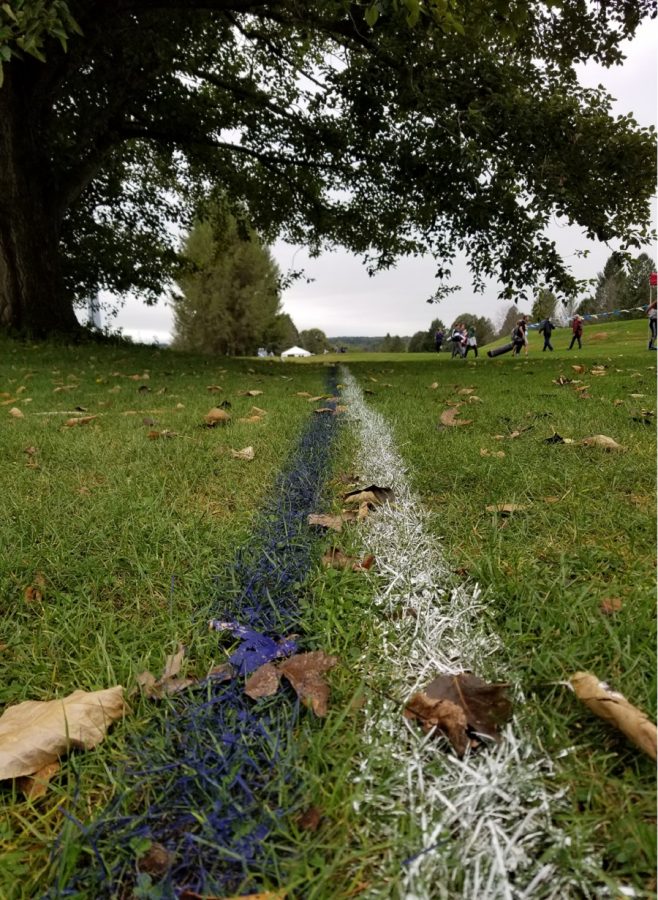 The cross country team gets ready to run on a cloudy morning on the State College golf courses.

On Friday, Sept. 13, the cross country team traveled to the Penn State golf courses in State College to run at the Harry Groves Spiked Shoe Invitational. The team this year consists of six boys and five girls. The team went to the meet in 2017 but didn’t return to compete in it in 2018. This year, under the coaching of Mr. Yingling, the team went to compete.

There were about 15 other teams at the meet, which is quite a lot of runners. One of Clearfield’s biggest rivals, Penns Valley, was also at the meet. Coach Yingling elaborates, “We have to race them two other times throughout the year, and I was really happy to see that we can match up with them on the girls’ side. The rest of the meet was a lot of prep schools and private schools that we don’t see any other time.” Even though there was a rivalry, the runners didn’t give up. Coach Yingling adds, “Yes, the fact that they all ran so well shows me that my training strategy has been working. They all looked really strong.”

The athletes are also always setting goals for themselves. Getting new personal records and continuously surpassing them is a common occurrence on the team. Coach Yingling gives his input on his expectations for the runners as follows, “They went way above expectations. Every member of the team had a great race, and almost everyone ran a personal best. It was great to see, and I was thrilled as a coach. I was wishing I could’ve been running with them.”

There is often a purpose for the invitational meets that the team chooses to go to. The course for the 5k was on the golf course but still contained some challenges, such as hills and downhills, which the runners have learned to use to their advantage. Coach Yingling states, “This is a great course to experience, and provides a ton of competition really close to home.” Before their races, the high school runners also got to see the college students race before them, which can in some ways be motivational.

Since the team didn’t go to the meet in 2018, they are wondering whether they will return to compete next year or not. Coach Yingling says, “If our numbers are up then I think we will return. It is an expensive invitational, and I can’t justify taking the team if numbers are low. However, the athletes really like it and the fact that it’s not held on a Saturday like most invitational events means our weekend isn’t infringed upon.”

Overall the team ran well and achieved their goals.