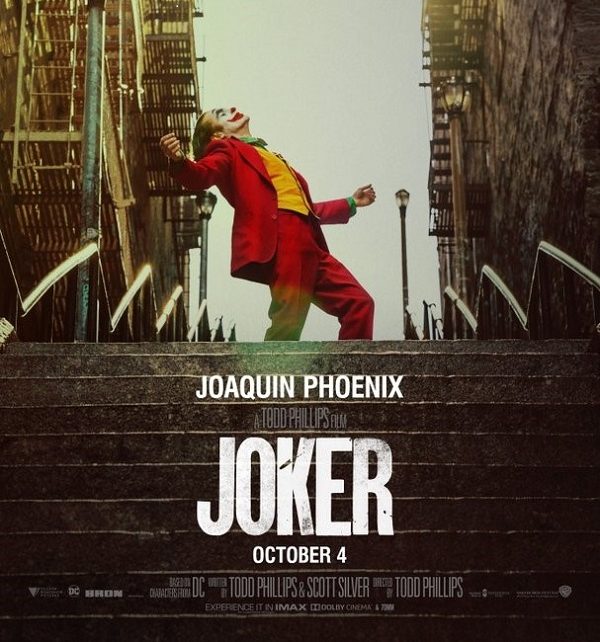 For years, comic fans have awaited a film to meet the standards Heath Ledger set as the Joker in The Dark Knight (2008). After a lackluster performance by Jared Leto in Suicide Squad (2016), hope was almost lost. That is, until the recent appearance of Joaquin Phoenix In the new film, Joker, Phoenix’s role as the Joker in an all new story once again renews the spirit of the original story and gives hope back to fans of the character.

Taking place in the fictional Gotham City in the 1980’s, the story follows Arthur Fleck, a failed comedian and party clown who, because of his occupation and mental disorder, is belittled by those around him, especially by the mayor himself, Thomas Wayne. Bullied and isolated by others, he slowly descends into madness, killing several individuals in cold blood during the process, and becomes the criminal mastermind known as the Joker.

I found the film to be incredibly accurate with its portrayal of mental illness and the lack of treatment provided for it. Phoenix had studied pathological illnesses and political murders extensively for the role, and it shows in the way he acts within every scene. The soundtrack, too, was composed well, including everything from Frank Sinatra to Gary Glitter.

Junior Everett Miller, while not being a fan of comics, said he enjoyed the film nonetheless for its excellent character development, as well as its few action sequences, which did not distract from the film’s overall message.

Joker is currently playing at the Ritz Theatre in Clearfield, so be sure to see it while you can.