The movie National Treasure teaches the importance of never giving up 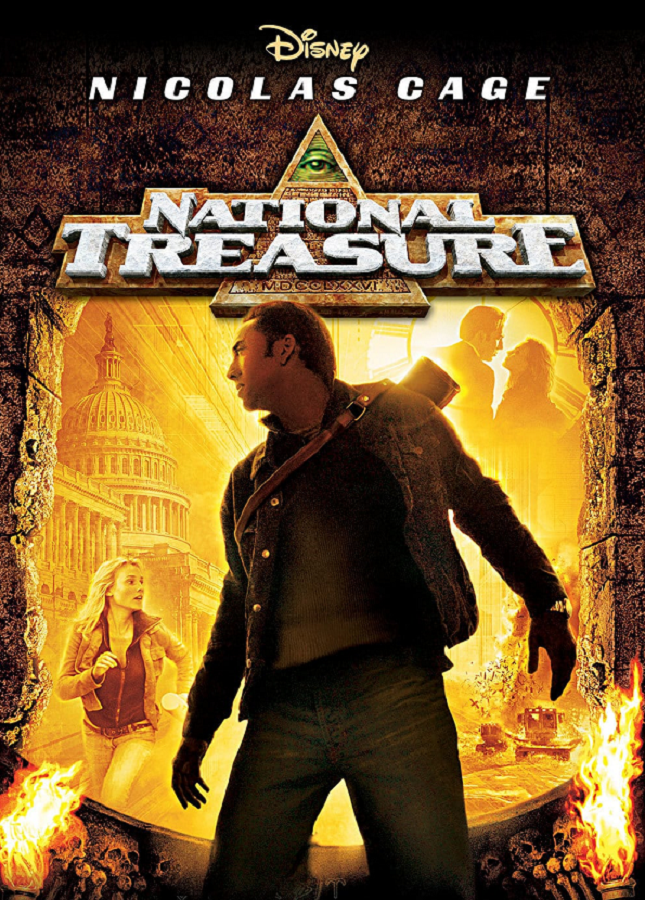 The cover of National Treasure

National Treasure is a thrilling and adventurous Disney movie that has “wowed” millions of people of all-ages. This movie was originally released in 2004 and directed by the very talented Jon Turteltaub. The movie is great for any history-fanatics because it discusses many interesting facts about American history. It’s something that the whole family can enjoy, having a PG rating. It is also a little longer than the average movie, at 2 hours and 11 minutes. A few famous actors who appear in the film are Nicolas Cage, Diane Kruger, and Jason Earles.

The movie begins by introducing the main protagonist, Benjamin Gates, played by Nicolas Cage, as a young child learning about his family’s everlasting search for hidden treasure. This hidden treasure, he was told, was concealed back near the creation of the United States by the Free Masons. Once Benjamin grows up, he makes it his mission along with his friend Riley Poole to compete to find the treasure before their enemy, Ian Howe.

I believe that this movie’s endless action and adventure is incredibly entertaining and constantly had me at the edge of my seat. The many clues, riddles, and even dead ends also made me want to help solve the puzzles along the way. I really enjoyed how stubborn Benjamin was to find the treasure and how he refused to give up or let Ian win. He was willing to do whatever it took to make sure the treasure ended up in good hands, which I find very admirable. The many short history lessons along the were also greatly accepted, however, some may find these parts boring if they aren’t big fans of U.S. history.

However, despite how entertaining the movie was, I believe that it was extremely unrealistic. There were many parts in the movie where I was left thinking that the things that happened could never occur in the real world. It was also a bit too fast at some points, even though the movie was quite long. But all in all, I believe that its touching lessons and amazing plot is what really made me enjoy it, regardless of its few flaws.