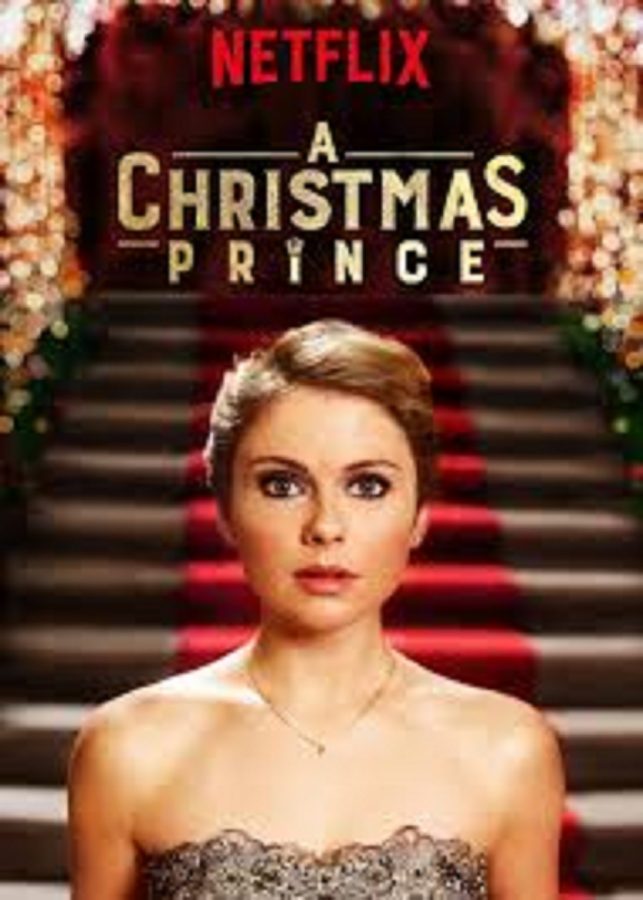 With Christmas right around the corner, the Netflix original movie “A Christmas Prince” is the perfect movie to start off your holiday binging. This movie is a feel-good romantic comedy that is rated PG. Directed by Alex Zamm, A Christmas Prince stars actors such as Rose Mclver, Ben Lamb, Alice Krige and Honor Kneafsey. The film was released on Netflix on November 17, 2017 and it is 92 minutes long.

This movie is about a young journalist, Amber, who is sent abroad just before Christmas to get the scoop on a prince who is next to be king. The Prince, Richard, has been portrayed as an irresponsible playboy. Amber heads to the royal family’s palace for the press conference, in hopes that her work will lead to a big break. But when the Prince fails to appear, she decides to snoop around the palace and finds herself being mistaken for young Princess Emily’s new tutor. However, Amber decides to go along with it in order to investigate the rumors of the Prince.

All in all, I feel that A Christmas Prince is definitely worth watching if you are looking for a good Christmas movie as well as a heartfelt love story. This movie is not much different from your typical Cinderella series, but the actors portray their characters very well and you can even get a good laugh out of it. I would recommend this movie to audiences of all ages.