The Witches a creepy adaptation of Dahl’s classic 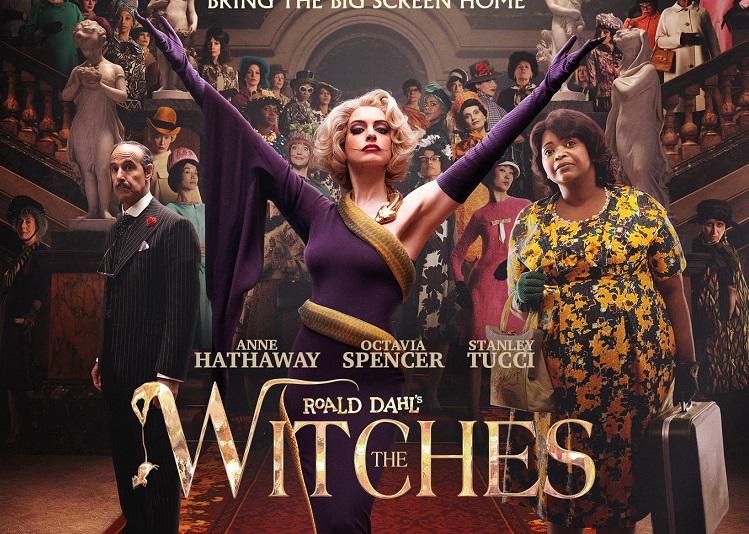 The Witches is director Robert Zemeckis’ new-age and creepy adaptation of Roald Dahl’s classic 1983 children’s book. There was previously a version made into a movie in 1990. This version is set in 1960s Alabama; like the other, it chronicles how a boy (Jahzir Bruno) and his grandma (Octavia Spencer) encounter a coven of kid-hating witches who plan to transform the world’s children into mice. It’s a dark but comic fantasy with plenty of danger, and a few kids are indeed turned into rodents.

The witches’ appearance and personality are pretty scary: They have claws, no toes, sores on their scalps, and unnaturally wide, gash-like mouths with razor-sharp teeth. The way in which their limbs are depicted has drawn criticism from disability advocates for making limb differences seem unnatural and frightening. The head witch (Anne Hathaway) kills a fellow witch for insubordination and tries her hardest to exterminate the main characters. An early scene reveals that the boy’s parents died in a car accident.

The movie, which is considerably more diverse than other movies based on Dahl’s work, encourages communication, courage, and teamwork, and affirms the importance of trusted adults in kids’ lives. The movie is rated PG so all audiences can watch.

If I personally had to pick my favorite part about the movie it would have to be the fact that through all the hardships the main protagonist faces, he never once gives up. There are many instances when he could give up, but he keeps fighting because it is the right thing to do.